Type your search terms above and press return to see the search results.

Italic ApS was founded by Thomas Ryder and Camilla in Pedersen in February 2015. We make  games for handheld devices, such as iOS and Android tablets and phones. Our vision is to develop high quality games with an artistic edge for a casual audience. 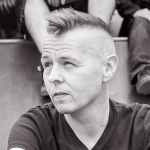 Thomas makes the game design, graphics, sound and music in Animal Captain. Thomas has 15 years of experience in video game production, and has made titles for Sky, Cartoon Network and Nickelodeon. He is also the game director on Neon Zone and the critically acclaimed point-and-click adventure The Silent Age. 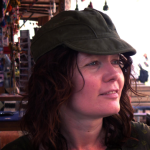 Camilla is the developer and producer on Animal Captain. She’s a seasoned app and game developer. She has developed small games for settop boxes for Sky and Cartoon Network and large 3D games for Deadline Games. She has developed iOS apps since the rise of App Store in 2008 and has also developed a few apps for Android and Windows Phone. Her clients include Truvo, Microsoft and YouSee.

Animal Captain was supported by the Danish Games Scheme, a subdivision of the Danish Film Institute.